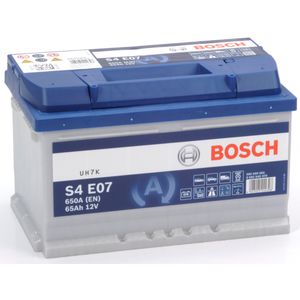 Fast response, great price, product and service. Delivered and fitted same day, back up and moving with no fuss. Recommend Tayna if you need a new battery and want great service.

A top quality product at a great price and now my wife’s Ford Fiesta with a stop/start system actually works as it should. The most important thing though is the Platinum Class service given by the Tayna Team! Thank you.

Fast delivery and exactly as described. Very well packaged with clear instructions on unpacking on arrival. Thank you.

Fantastic service, well packaged battery, delivered quickly and an ease to fit. Now my front windscreen heater could works from the get go!

The battery arrived quickly and an good condition. Once fitted it worked as expected and the stop/start feature is now functional again. All this for £50 less than my local garage quoted. Very happy!

Seems like an excellent battery. As others have said, the auto stop-start feature on my car that had rarely worked even when the car was quite new is now working again, though I'll be interested to see if it continues to do so. A very keen price from Tayna. I paid (including carriage) £110.93 and fitting wasn't a difficult job, though I did check some You Tube videos first. For comparison, the RAC wanted to charge £211.99 for the same battery, or £236.99 fitted. Delivery from Tayna was also very quick. I'd have no hesitation in dealing with Tayna once again — though I hope I won't need to do so for quite some time!

fantastic price! The AA man was going to charge me £273 for the same battery!Prompt delivery. Easy to fit after watching you tube video!

Battery arrived quickly and well packaged. Installed in the car without any issues and was fully charged and good to go as advertised! Super pleased

Great battery and a fantastic price! Needed a new battery to get my stop/start working again and this did the job. Big problem with dhl delivering to the wrong address twice but I’d buy again.

Battery has restored stop/start facility on my 2013 fiesta. Too early really to give an in depth review as I have only had the battery a couple of weeks

Battery was delivered quickly by DHL. Seems to be doing the trick

This is a very good battery.The Stop - Start had not worked for 2 years until I fitted this.The delivery was Super fast and it was also great value for money.

Great service at a great price. Delivered securely by DHL.

I ordered the battery in a bit of a panick because my car went dead and I needed it, after having my own battery charged and tested It was tested as working so i had no need for the new one i bought. I contacted tayna and explained my situation and i had not even opened the battery i purchased from them, they said to return it for a refund within 30 days. I found The packaging was very well packed, super fast delivery and excellent communication, a great price a real good service offered even though it has cost me £8 to receive and £8 to return the item, but that's because I panick bought. I will come back to tayna if I ever do need a battery in the future, thanks

Excellent service, fast delivery and the battery was well packaged. Successfully fitted to the car to replace a dead Varta battery, working perfectly.

Delivered on time and day