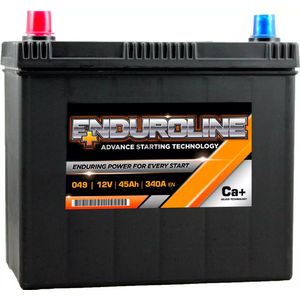 Replaced Lucas equivalent and is doing what is expected. Quality is fine and the battery arrived charged. Only problem was the battery retention bar on my car shorted out the terminals which are slightly closer to the edge of the battery than previous makes. Had to sleeve the retention bar with non conductive tape.

fitted to a tractor - upgrade from the original - works very well

Arrived on time. Fitted no problem and has been functioning fine to this point, with no issues.

Very satisfied with my order also quick response to my queries very helpfull i will usie Tanya batteries again. And overall good price.

Battery great but packaging was awful loads of polystyrene to dispose of. I appreciate it needs to be secure but you need to find something recyclable like air pillows made of cornstarch

Supplied as the battery for an 03 plate petrol Yaris but turned out to be wrong size and terminal orientation. I should have checked the dimensions!

Good price, delivered exactly when said, down to the minute! Battery was very well packaged and with clear instructions.

Arrived promptly and exactly as described. So far so good.

Excellent Company, Battery arrived exactly how it was described and on the delivery day. Packaging was excellent along with the instructions on using the new battery. The case 049 was a direct replacement for my Toyota iQ, unlike other suppliers stating 063 which would have overlapped the battery tray. It came just at the right time as the weather turned to snow and ice. The car starts instantly on the first revolution perfectly. Many Thanks

Great deal on this battery,superb price and excellent delivery time, Could not be any happier with the service from you.

quality product at a good price, does what it says it will do,kind regards roger.