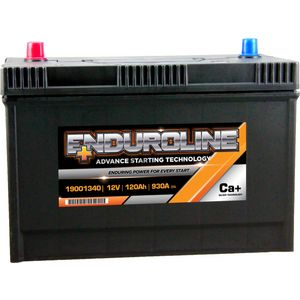 Excellent service and value. Ordered on Wednesday night and delivered Friday afternoon. The battery was for a Land Rover Defender 90 and, as I discovered, finding the correct replacement is no easy task - until I discovered Tayna. Recommended on all levels.

Battery arrived well protected and quickly, and was a perfect fit. Car starts immediately even on the coldest mornings. Will definitely use again (hopefully not in the near future!)

Currently managing to start my Disco 2.5 td5 which other batteries have failed to do in this cold weather. Seems to be holding charge well. As for delivery and price, both were outstanding and would buy from here again - thank you very much!

Excellent Service. Ordered after 3pm delivered 10.30 the following day. It doesn't get much better than that. The battery was a difficult one to source as it has central posts. The packaging was superb and would have survived Armageddon!

Fast delivery on morning of 3rd working day to Germany which I thought very good. Excellent packaging (with transit plugs so no spills but also fully bagged and well padded) and arrived fully charged so plug and play. Communications were good with tracking so on the whole even though only fitted for 1 week I would recommend Tayna.

The battery itself works perfectly so far, installed it two weeks ago out of the box without previously charging it (did so the same night though). I have a heavy 2.5 Land Rover Td5 engine, the battery starts it flawlessly. It arrived with one of the top corners slightly dented (the packaging had no sign of mistreatment) but doesn't seem to affect it's functionality, hence I kept it.

Tayna have been brilliant. Great battery, very quickly dispatched and well packaged by Tayna. However, UK Mail (courier) are terrible! Delivered 3 days after their own website delivery date then their customer services dismissed my emails asking for a new delivery date. Not Tayna's fault, purely UK Mail's issues.

powerfull and delicery the day after ordering

Only had the battery a couple of weeks but appears to be working well.

Purchased this battery when my 17 year old Delphi battery started to let me down. Quick delivery, well packaged and no problems fitting into Land Rover TD5 110. Starts a treat.

Site easy to use. And easy to select correct battery. As with previous purchases the battery arrived on time well packed and reasy to use. Battery fitted exactly and had enough charge to use immediately.

As I have only just fitted the battery, I cannot review the performance but I have no reason to doubt the quality. The first start was powerful and shows I should have changed the battery years ago I suppose. I can however review the online process of selecting and ordering the battery as first class. Then to have it delivered to my door the next working day was an added bonus.

Arrived quickly and was well packaged. Came fully charged so dropped it straight in with no problems.