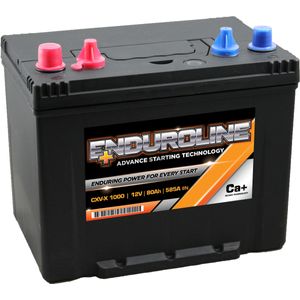 Great service and product. I called for advise and was directed to a much better battery than I was previously looking for. Delivery was good and so was the packaging. Would recommend your products to anyone.

no problem with battery so far,got for starting and capacity for winch delivery was ace,next day

Batteries were a little slow in arriving, but then I am up in the highlands of Scotland, unfortunately one got damaged in transit, but it was replaced very quickly. The batteries were bough to install under the seat of a Land Rover Defender 90 TD5, they both fit but it’s a squeeze getting them in there, one worked the winch and spot lights and the other is the main TD5 battery, the starting even in the recent cold snap has been good. Also the winch which has a max 370 amp draw works fine under full load and preforms perfectly. Anyone wishing to fit 2 of these in a defender I would recommend it to anyone. Great batteries, great service, great price..

An Excellent, superb value, battery that does the job properly. Need to make a new battery clamp though.

Great service when it arrived the day after I ordered it which was handy as it was the same day my old battery gave up the ghost. Not long had the battery, but the power is awesome, ideal for cold winters. Battery did need a charge before putting it on, but that isn't a problem as I wasn't expecting it to be fully charged. No problems fitting it in the Disco - no adjustments needed.

Great service, shame I missed the big discount deal, but still a good price for a good battery. Battery performance is good, but was expecting something amazing from all the hyped reviews - I think the previous battery wasn't too bad, so the new one didn't seem too much different except for the far longer cranking performance. I'd buy another one from Tayna as soon as needed though - very happy with the service and product. Just don't buy this battery expecting anything more than a normal (but *very* good) battery, as there's a lot of hype! I think some of the other reviewers must have been starting their land rovers on a set of AA cell batteries before buying this :)