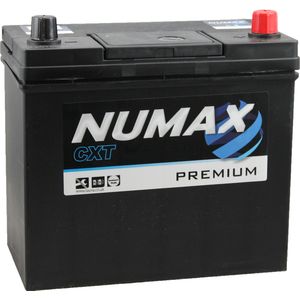 Spot on for the job. Timely delivery. No fuss

Nothing wrong with the battery or delivery - everything was first class. However,the warning notice to remove the two vent plugs was not applied to the battery and after noticing some fluid and following a phone call to your tech dept, the plugs were removed. Fortunately, the battery had not been fitted to a car approaching the end of its five year rebuild and so no damage occured.

Product was exactly as required and delivery was prompt.

Battery arrived on day expected, fitted perfectly,works like a dream

I selected Tayna as they had the right battery for the best price. It was delivered next day too. Cannot fault the service.

What amazing service! Would recommend Tayna to anyone.

will recommend you , very good service

Fitted perfectly in my 1996 Nissan Micra. Took me about 30 mins (but I have never fitted a car battery before). Car took a while to start up, as it had not been started for about 4 weeks, but now runs perfectly.

After getting quotes for well over £100 from dealer and other local garages we tried local stores like Halfords and couldn't find a battery to fit, even though they said it would, we got it home and it didn't. In the end I looked online and found your site. I have to say, I took a bit of a chance but after reading reviews and comments on the battery showing that a lot of other people had installed one in and older Mazda MX5 I decided to risk it. Battery arrived next day with no issues and it fit in nicely. It was a bit longer but that didn't cause an issue and I could still tighten the brace to secure it in place. Thanks, very much pleased with both the battery and the service. Oh, and I can start the car now too...

Once again, brilliant service from Tayna and the battery was a perfect fit for a Nissan Micra 1999 model 1.0l. It started first time, no issues. Can't go wrong here

Very good service! Battery good, but slightly taller than the original. Not really a problem as it does fit and is WAAAAY cheaper than anywhere else. You just have to make a longer rod to secure it. I used a length of threaded bar and bent it then cut it to length. Job done!

Efficient service as ever, battery good and speedy delivery too

Excellent quick delivery in good protective packaging. Would use you again and can recommend you. Thanks

Arrived very quickly, as described no problems at all, great value!

Excellent service - after a panic (on my part) on whether the quoted height included terminal posts. (Perhaps this could be clarified in the product details.)