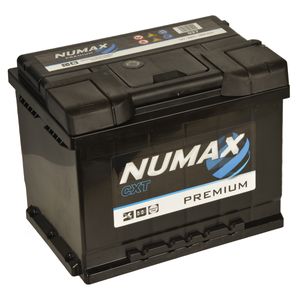 A very good priced product, and although there was a problem with delivery, the customer service provided by Gareth was very helpful. I'd use this company again.

Great battery and would have given tayna a five star rating but the didn't arrive the next day as promised, so I had to spend two days waiting for it.

Quick delivery as promised, battery fitted straight into battery box without any modification to either battery or box. Higher rating and bigger than one that was fitted by Peugeot and car now seems to start much better.

Battery needed for 2003 Saab 9-3 Sport. Ordered on Thurs afternoon and promptly delivered on Saturday as requested - small surcharge for Sat delivery but well worth it as still infinitely cheaper than other well known establishments! Would highly recommend!

The battery was fine, the delivery was awful

very good for the price and very happy with the battery

Prompt, efficient delivery for the second time in a few months.

I was very impressed by your service. The battery arrived very promptly, was packaged well and fortunately had a good state of charge. My wife's car finally gave up the ghost the morning the battery arrived and I was able to take it to her and swap the batteries. It was also cheaper than I would have payed at Halfords or my local car shops.

I spoke to a very helpful person on the phone who advised me on exactly the right battery for the job and efficiently took my order. Half an hour later i received an email informing me my battery had been dispatched and it was delivered the following day. All at an exceptionally good price! Next time my battery needs replacing i'll buy it from Tayna.