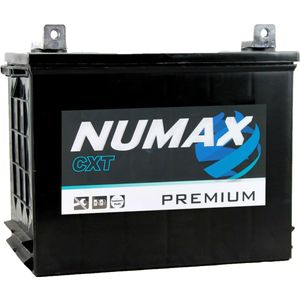 Excellent service. when battery arrived it had been damaged in transit. No quibble about sending immediate replacement. Battery still going strong.

Excellent service. Well packed and very easy to set up. Very pleased with this product.

Only 3 stars because I won't know how good it is until we get through winter! But seems like a good quality battery.

As good as if not better than expected, thank you.

Excellent service delivery was very prompt product was spot on

Productg seems ok. However the service I received was poor. Initially I was told it would be delivered on Wed after Easter which I felt was a long time anyway. having ordered on Thursday before Easter. Then I go a call saying there would be delay till Friday. Then another call with another delay till Saturday and it was made out to be you were doing me a favour as it should be the following Monday.It was said I would get a small reduction in cost but Ive no idea if this has happened. Has itt been refunded to my credit card?.

Fantastic service, I ordered at around 14:00 and the battery was delivered early the next morning. It was exactly the correct battery that I required due to the help the Tanya site provided and fitted the car without any issues.

Phoned to check battery diamensions before ordering, gentleman on the phone very helpful, goods despatched late Friday arrived 9-10am the following Monday. Second time I have bought from this company. Excelent Service

V Good delivery, well sealed although difficult to remove plug seals, need gloves and glasses to be safe to pull out plugs.

The battery was delivered very quickly. It fitted perfectly!

Tayna never sent me the battery l ordered. I ordered a Numax got sent a different branded battery instead.

A rare find this battery as has period style fixing posts. Arrived in all black finish which was perfect to complete an original engine compartment. Only complaint is that the Numax sticker faces the bodywork and the annoying sticker of a refuse container faces outwards which does not compliment the desired look.

Fast, efficient and great value, thanks