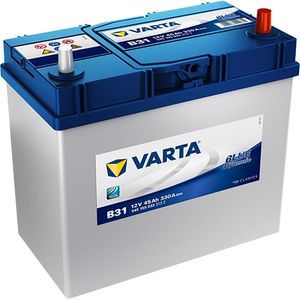 delivery and service was excellent

Does the job, tracking number didn\'t link to any information. Probably due to the courier though.

Battery arrived promptly and was well packed. Output matches my requirements, so well pleased with it.

good price, fast delivery and plenty of information. It was the same when I bought a battery here 3 years ago.

Would recommend to all my friends. 1st rate service,quicker dispatch than my local dealer & unbeatable price - Thank You for your help!

Slightly bigger and different terminal layout to the one it replaced. But this is now the correct version. Easily fitted - took less than 30 mins to remove original and install replacement. Quick delivery and well packed. Only problem was that the initial charge didn't last long and car had to be jumped only 48 hours after installing new battery! Since then and with a long run behind it, everything seems to be running fine now

It was very easy to navigate the Tayna website and find the product I wanted, and nice to find it in stock. I was notified via email of the despatch date and the battery arrived next day. I was well pleased with the service I received.

Very quick delivery, exactly as advertised. Good quality battery, well packaged and did the job just right. Was also the correct spec for my import Celica - no one else seems to be able to get it right!

No problems with battery so far, very fast delivery

A quite excellent service by this company! The battery was delivered promptly and was as advertised and now for the FIRST time, my Japanese import car works so well, without worries of the battery running down!! MANY THANKS

Excellent battery, came in condition specified the next day after placing the Order. Good customer service to identify correct battery for a FTO. many thanks.

This fitted our import Miata MX5 Roadster without any alterations and the car has never started so easily.

after trying 5 local companies and being missold the same wrong battery i rang your company, your staff knew exactly which size battery it was with the right terminals (import car with small terminals) The price was £4 over the cheapest 'wrong' battery but this wa with next day delivery, excelent service would definalty deal with again, many thanks