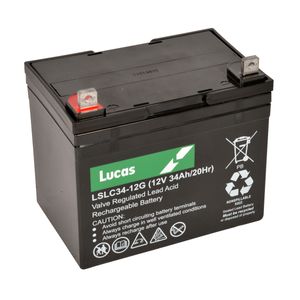 Battery as per described. Time it last and performance to early to say

Only been used a few times but up to now very satisfactory.

Excellent service, have not seen a battery so well packed and protected.

I purchased this for a friend. He had good use from it. I could only give it a 4 star rating as I didn't use it personally.

Perfect as expected. Can't say the same for the delivery service. It arrived next day but was left under next door's car port and only found by chance the day after delivery! No card to say where it had been left and unfortunately we are not on good terms with these neighbours so they didn't tell us either.

I read the reviews before purchasing this battery and they where all right about ordering , it came when it said and got a text to say it had been delivered . I have just tried the battery out over the weekend and everything was fine .

Quick delivery and item as ordered - Thank you

four stars only because I have not had the opportunity to test it over 36 holes T. Pashley

Unable to give more as only used the battery a couple of times.

used the battery only once in difficult circumstances, it looks perfect. More than perfect: the delivery process. Tuesday morning ordered, Wednesday afternoon delivered at my place, in Belgium! Outstanding service!

Does what it meant to do.Great service.

good delivery arrived on the date stated ,just hope it last at leased a year, I have found batteries don't seem to last as long as they used to, so fingers crossed.

Good Product only used twice so far but no problems.

I bought this battery about two years ago but it lost some of its initial power for some unknown reason. I allways recharged it after playing. Nevertheless I bought the same battery from you again and I am quite hopeful that it will work better than the first one. The delivery was allways excellent. Yours Hanns-Rudolf Wirsich