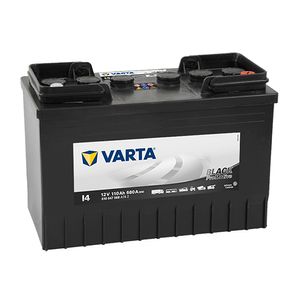 Quick delivery of excellent battery, for an amazing price, what more can be said -WELL DONE!

As advertised. It is epensive to get it delivered as it now comes on a pallet and could have brought cheaper locally when the delivery charge of approx £35 was added.

Fast delivery (so fast, I missed it by a day!) Superbly packed, but still some minor spillage inside the special bag. Suspect the courier gorilla's had shipped it on it's side at some point, despite the obvious markings! (Not your fault.) Unpacked and cleaned up just fine, no damage noticed, inside or out. Fitted the day after I got hold of it into my Hybrid Land Rover, that then started from cold first time with no effort whatsoever. It replaces a battery that was well over 12 years old, that had two cell's die overnight (no fluid loss) but had done it's job well for many a year, no complaints there. Would happily recommend Tanya.

Well packaged and delivered with no spillage

We are puzzled that it was not in the usual Varta Colour Blue, is there a reason? We will have to wait and see.

no trouble if treated properly

As per all the previous transactions, absolutely first class in all respects. Do not hesitate to use these suppliers.

So far a great battery. Van starter motor didn't know what had hit it :-)

The ordered item was delivered promptly and was the item ordered.

No problems at all, came quickly and very well packaged..... Fits nicely into standard Land Rover series 3 underseat battery box. The negative terminal catches on the lid, but that\'s not an issue on a negative earth vehicle.

Excellent service and thorough courier-proof packing! Battery is the business and previous Varta commercial products have made the three-year point without failing so I expect this one to do the same.

Apart from a delay due to some problem one of you carriers had, which meant it wasn't 'next day' delivery,( and a Bank Holiday intervened as well),I can be counted as a future return customer when I need another battery.