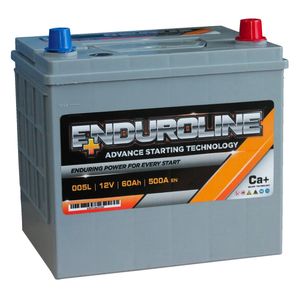 Seems to be a good battery. Engine starts with just a flick of the ignition key.

Good price, delivered on time and as stated, fits as recommended by the RX8 user group.

Very quick delivery - well packaged and now working in the car! Thanks

Arrived next day, fitted in no time, and now the car starts as soon as you touch the key. Brilliant, very pleased.

Exactly what I ordered. Came within the time I was told. Well packaged and good to get email to let me know if was on its way and to be able to track it. Would without doubt use you again.

good service, competitive price, no problems I would use Tayna again

Superfast delivery (ordered Sunday night delivered Tuesday Morning), very well packaged with useful notes for fitting. And the battery itself has done the job so far. This is the first time I have used Tayna and would not hesitate to buy from them again. Highly recommended.