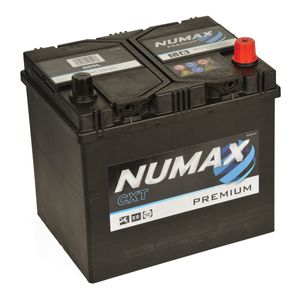 I'm a total penny pincher. This battery is an improvement on the battery I already had and the price is the best out there.

The service was as good as the first time I used this company and will definately use again and recommend to friends. Battery was so much cheaper than anywhere else so I can't see why anyone would go anywhere else. Both batteries in both cars fairly new but have had no concerns about the products so far.

The battery arrived early the day after ordering, well packaged and with safety instructions. I received good advice on which was the right battery and I would defintely buy from Tanya Batteries again

Thank you very much! I would use service in the future.

Good price and next day delivery from Tayna batteries. This battery replaced the old one in my Mazda RX8. In case you are uncertain of battery dimensions etc, this one fits the battery compartment perfectly in an 04 model, and has a bit more cranking power than the original.

Very speedy delivery (next morning following order at 3:30pm previous day). Battery works fine although it's slightly narrower than the previous one so the old bracket over the top doesn't fit as well.

Great value, on time, reponsive and helpful. What more could you ask for when buying on the web?

Excellent product at real value price. Delivery 2nd to none. Many thanks and keep it up.

Fast delivery .Good value .will deal with you again.

The battery arrived fairly quickly, but was delayed a couple of days due to the bad weather, other than that no complaints! Installed it into my Mazda 3 Sport in around 15 mins, it fitted well and has made an immediate improvement. Hope it lasts!

The service from tayna was very good and i have recommened your company to friends at work. But was not impressed with the delivery company! i had to ring them after seeing on the web they failed to make the delivery due to 'unknown address', when in fact we see their courier vans in work (Hewlett packard) most days. They were very rude on the phone and refused to take the blame. They actually have a bad delivery record if you check out UKMails reviews on the web. after saying all this i will still tell people about your company and use you again in the future, but have very clear delivery instructions for the courier service. I hope by using them they don't effect your good reputation!

Very pleased with the battery and also the great service received. Battery arrived well packaged the very next day.

Fits like a glove in the RX8. Delivery was super quick too.

I'd give 5 stars but the online payment function wasn't working at the time. However, my order was taken promptly over the phone it arrived the next day - excellent.

Excellent service from Tayna and a good price. Got this for my RX-8 231 and it fitted neatly in the battery box with space to spare plus it kicks over the starter a lot more convincingly.