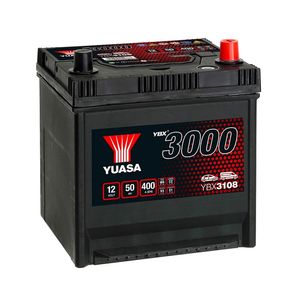 There was a short delay in getting the battery but Tayna kept me informed which was appreciated. It arrived very well packed, Clever use of a vacuum bag which meant it was able to be sent by ordinary courier. (previously been quoted more than the price of the battery by another company for carriage!) The Yuasa battery seems unusual in that it has a flat top (except for the terminals) rather than stepped down where the terminal are so it was the same format as my original battery which made it easier to install.

They have strong cranking power thanks to the calcium plate construction and will last for approximately 30,000 starts.

They are OE quality, performance and specification.