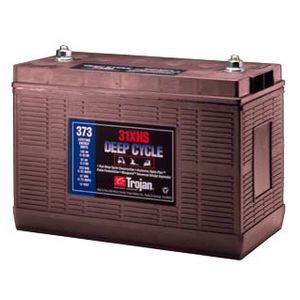 Having purchased from Tayna previously, when everything went very smoothly, we decided to do so again. The batteries were ordered online on a Friday and we needed them by the following Thursday, which we thought gave a margin for error on the next business day delivery claim. However, despite the website claiming that the batteries were in stock, on the Monday we received an email to say that in fact only 2 were in stock and not the 4 we had ordered. It gradually became apparent over the next few days that the batteries were not going to be supplied in time to the address we were staying at and as Tayna will only supply to a building and we are on a boat, we had to have the batteries taken all the way up to our home in Scotland and arrange for someone to bring them straight back down to England to us. And naturally the Bank Holiday weekend delayed things further. So it was almost 2 weeks from ordering to us actually receiving the batteries. The moral of the story? Don't just order online, phone first to make sure they actually do have the number you want in stock. As far as the batteries are concerned, it is too soon to see if they really are as good as claimed but so far so good. The only issue was they were supplied with wing nuts and the boat electrician who fitted them for us told us that wing nuts are now no longer acceptable when a Boat Safety Inspection is carried out. So we had to pay extra to have the connection of the batteries adapted. So all in all, rather a frustrating experience.

Battery was well charged and arrived the next day. Site quick and easy to use. Would recommend Tayna without hesitation.

Perfect, bought to replace 10 year old trojans. So much better than other batteries that are similar.

Great batteries, have fitted two on our motorhome, no problems. Always stick with Trojan, but have dropped one star because I do think these batteries are overpriced when compared to other makes.

To early to tell the performance of these batteries yet but they have a good name... fitted 3 as leisure batteries on my narrowboat