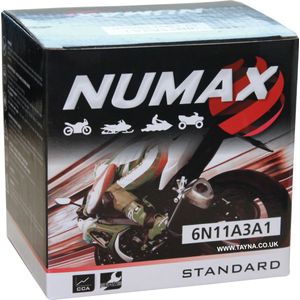 Very quick delivery as promised, and already pre-filled so no messing about with acid bottle to fill up.

The battery arrived as promised, promptly. It appears to be abolutely fine but it is too early to comment on the performance of the battery. I would like to see you making an effort to limit the polystyrene packing - the packing peices had been broken to fit, causing lots of tiny pieces to go into the environment outside.....

Delivered nice and quickly, and was complete with acid pack so just needed a charge and was ready to go.

despite sending the wrong battery (24hrs-full marks!)I was told I could keep it at no cost plus getting a full refund- top company! I have found it useful in another application as well.