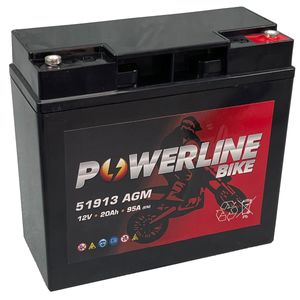 Pole connection different to original and screws used are small. Excellent delivery though

Not enough cranking power for a R1150GS with heated grips/ABS. Arrived promptly, well packaged so well done Tayna on that. However after putting it on charge for 48 hours before my trip, after 100 miles to Dover, bike struggled to start following stopping for petrol, several similar issues. Never let me down completely, but had several ABS fail checks and the digital clock resetting, so the bike is drawing more than this battery can supply. Was reccomened the Exide, so once this is collected/refunded will probably go for that. So in short, not for R1150GS ABS/Heated grips (2002) with the upgraded alternator electrics.

Does what it says on the tin. So far, so good.

not quite powerful enpugh to do the job, had to replace with another make.

Excellent product and service. This is the second battery I have ordered and both arrived the next day.

The battery was delivered very quickly and was well packed. It was fractionally smaller in dimensions than the Varta it was replacing but fitted well with a small piece of packing. The terminals were also of the same format which made connection easy. Since fitting I have used the bike several times, on occasion after a considerable period of non-use, and the battery fired it up first time every time with no problem at all. BMW Boxers call for a high level of charge when starting and the Powerline provides this with ease. It's a good solid battery and exceptional value from Tayna. Highly recommended.

Next day delivery was much appreciated and the battery looked very similar to the original other than the electrodes were slightly different. A good fit in the bike and has worked well so far.

A great battery with no problems so far delivered to my door within 24 hours which meant my beloved bike was only off the road for one day :-) Awesome!

Fitted well and turns bike over although has not cured my problem with the fuel pump circuit. Delivered within a couple of days and well packaged.

I would give it zero stars if possible. Battery not fit for bmw 1150 rs as advertised. Very disappointed and not even fully refunded. Overall poor experience.

Battery arrived on time exellent ,fitted bty ,it did not have the power to turn engine over 1150gs cheched starter motor was found ok ,bty left on optimate ,next day bike started ok rode bike to work 12 miles at home time approx 8 hrs bike was sluggish starting ,due to work commitments was unable to use bike for a week ,when attempting to start bike was just able to start there is no starter issues as bike starts ok initially after turning off ,i have had a replacement bty before , will leave charging for next week and update you

Fast delivery . Fitted easily and so far is satisfactory. Thank you.

Fast delivery very satisfied in products i would recommend this company thanks Tony.

I wish I had been told about the pproduct when I asked two weeks earlier. Having said that I am pleased with the battery. I wasn't able to track it