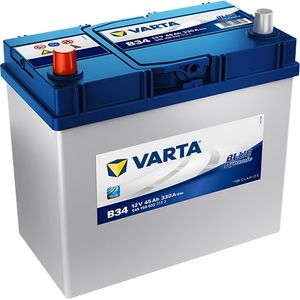 So far, so good. Early days but the battery is doing it's job just fine.

It was so fast delivering

The battery itself is a perfect replacement, though choosing the right one was a challenge. Competitively priced and delivered next day (thumbs down for delivery - UK Mail faked a delivery attempt but delivered several hours later after my complaint)..

Transaction went very well, all as described, great price, could not ask for more. Thank you very much you will be my first place I come to for other Battery's. My mini digger starts with no jump leads. Regards Paul

Tayna batteries supplied a good battery fast and at an excellent price. What more would I ask? Don Smart

Nicely competitive price. Ordered late Friday, delivered on Monday lunchtime. How can you better that?

Great price with rapid delivery next day and really well packaged. Next battery requirement I'm definitely back to Tayna. Highly recommended, first class all round, thanks.

The best price I could find and I'm in the trade! I will be using again.

Placed Order, It Arrived. Can't say fairer than that.

Excellent service and product ( Battery ) delivery was very quick and well packed bolted on and straight to work Great just what I needed. Thanks again Peter Buchanan.

First class service battery arrived at 9 am the next morning, with text sent confirming the arrival day

good service and good prices many thanks

I made a mistake and ordered two units but thanks to your staff everything was sorted out quickly with no fuss many thanks.

Super fast delivery. Product exactly as described. Very well packaged. On my model; only thing to mention is that because the terminals are at the front of the battery, the cables only just about stretch. Obviously can't turn the battery round as the pos. terminal would be on far end and too far away for cable to reach. But it's in and working great.