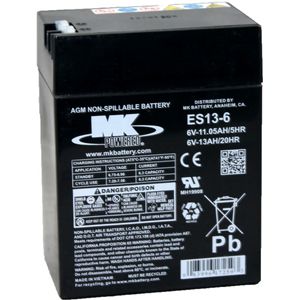 Battery has been charged but not fitted yet. Expect it to be OK

Fitted to my 1958 BSA A10. Perfect fit and is black so looks great too. Currently doing a sterling job, this bike is used all the year round with original electrics and dynamo so battery has to be good.

Battery arrived fully charged and ready to attach. Had to rejig the connectors as a wet battery was replaced - no probs. I may need another soon for a different bike and will have no qualms about using the same battery.

Great service and good product - many thanks.

Quick service and exactly as advertised.

The battery I needed is not easy to find, but you had one and it was delivered within two working days, no hassle. The only criticism is that there were no instructions for charging and I had previously heard that a proceedure had to be followed to prevent a memory being set in the battery.